Cleaning and Coding, the Two Issues Most Likely to Affect Rail Injectors

Rail injectors are a type of fuel injector in cars, and normally, they work very well. However, they are just like any car part in that they can sometimes not work that well due to common issues that have to do with their installation and operation: when installers forget part of the post-installation process and when the injectors become clogged. These are generally simple to fix, especially if you catch them early on. If your car's performance has been rougher or you've heard knocking, have your mechanic check out the rail injectors to ensure all is well.

Fuel injectors, be they rail injectors or another type, spray fuel. As you'd expect, some of that fuel leaves a residue behind on the nozzle. The residue can dry, creating partial clogs. This residue can be cleaned off, so if you notice rougher engine operation, have your mechanic look at the fuel injectors and see if they need cleaning.

Plus, the injectors can experience a type of internal clogging if the fuel running through them is contaminated. This doesn't have to be a huge problem; you can have minute particles that escape fuel filters and end up in the injectors, where they create partial clogs because there's so little room for variation in how the injectors are able to work. If your fuel filter is replaceable (some car models have permanent filters), you may want to look into why particles are getting through.

Did You Just Have New Injectors Installed?

Modern car engines run well and have a nice little computer in them that can give your mechanic codes to show what problems are occurring. These codes rely on having the proper settings for each part of the engine coded into the engine so that the other parts of the engine will work within the tolerances of those particular parts. If you have your fuel injectors replaced but don't re-code them, then the rest of the engine will continue to work as if the old injectors and their tolerances were still in place. This can result in the engine not performing well as the majority of the engine tries to run in one way while the new injectors try to run another way.

If you just had new rail injectors installed, ensure that they were properly coded into the engine. It's possible one was forgotten or coded not quite correctly, with the codes off by just enough to make the engine run less smoothly.

Chances are, if something is off with the rail injectors, it will be a simple issue. However, the earlier you check, the better off you'll be because you'll have caught the issue before it became too much of a problem.

To learn more about common rail injectors, contact an auto parts store in your area. 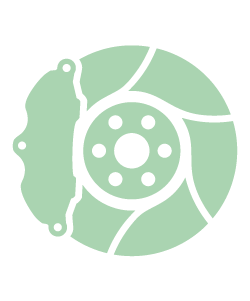 Hello, and welcome to this blog. Repairing your own car can be a super satisfying thing to do. However, if you aren't completely clear about which auto parts you need, you may run into trouble. This blog is here to provide you with everything you need to know about a range of different auto parts. While we may not be experts, we are all keen amateur mechanics who love nothing more than rolling up our sleeves and getting stuck into removing or installing a part. We will look at brake pads, pistons, suspension units, and much more! We hope you enjoy reading this blog.